Summer is here! Before heading out the door to enjoy the warm weather, make sure you have your sunglasses, sunblock, and don’t forget that summer book.

Take a look at the summer’s hottest reads and stock up on your reading list. Find the book that’s just right to take on vacation, bring to the beach, or read in the hammock under the tree in your yard.

Jaunita finds herself abandoned on a train headed to an asylum for the poor and unwanted. After a vision, she must take on the unsavory task of stopping the train, which is on its way to killing the innocent passengers aboard. In order to save lives, Jaunita must take the lives of the corrupt people in charge of the train. Explore the nineteenth century steampunk world where ancestors make ghostly visits and heroes must make tough decisions. A great read while on a train or on the go, make sure to pack a copy in your suitcase.

How Women Negotiate from a Position of Strength by Raye Michell Esq.

If your goal this summer is to do more than lounge by the pool, if you want to finally make the moves necessary to further your career and life, read How Women Negotiate from a Position of Strength by Ray Michell.

The first book of the Rise-Up Series, designed to help accelerate your personal brand, mission and career. How Women Negotiate from a Position of Strength focuses on building core expertise in fortifying your personal brand, and mastering negotiation and deal-making skills. Raye Michell is a Harvard Law trained attorney, negotiator and power expert with over 30 years of experience. Her book contains lessons from powerful women such as Michelle Obama, and many others. Use this summer to learn the skills to create the best you.

The Matt Miller In the Colonies Series, Book One: Journeyman by Mark J. Rose

If you’re traveling to the East Coast this summer, perhaps you’re seeing the sites and all beauty America has to offer, then make sure to pack Journeyman for your trip.

In this adventure novel, main character Matt Miller time travels to Colonial American. With no way back home, he must now live life as a colonist, with only the skills and knowledge he has from modern times. Matt knows no one, and seemingly has no skills. Surviving the 18th century is harder than expected as he tries to prosper and win the heart of a beautiful farm girl. Pack your bags, and a copy of Journeyman, while you hit the road and rediscover America’s beauty and history through the eyes of a time traveler.

Lose yourself this summer in the mystery behind burnt cookies and mistaken identities. Baker’s Dozen by Autumn Doerr is set in sexy San Francisco in the 80s. Main character Lexi moves from a small fishing village to the big city. Not everything is as it seems, and when Lexi finds her boyfriend dead in a fire, she is determined to solve the crime. Lexi teams up with the detective on the case and soon uncovers secrets that may just get her killed.

This new genre, labeled “urban cozy”, brings all the comfort of a traditional cozy mystery, with a twist. Read Baker’s Dozen while enjoying a campfire and making smores this summer.

What’s next for America? Find out this summer with the newest dystopian novel that is accurately predicting our future. XX v XY: The Final World War  is a sci-fi novel that mirrors current events.

America is split in half, on the East side a corrupt and powerful president has thrown human rights out the window and is subjecting women to torturous extremes for his own enjoyment. On the West, a group of spiritual women rule by use of narcotics and the suppression of men. Follow two young women as they live their lives on each side of the boarder, on the East she faces death if not perfect, on the West, she is slowly coming off the government mandated mind-altering drug. When these two girls finally meet, the world won’t be the same.

While star gazing this summer, grab a copy of Mostly Human by Lon Varnadore. In this dark science fiction mystery, an assortment of humans, clones, chimeras and spiders co-exist on Mars— but not always peacefully.

Follow 4Pollack, a clone of a once famous private detective, as he tries to uncover the mystery behind the death of another clone. Soon a beautiful female is able to entice him, and drags him into a game of mayhem, murder and deceit. Perfect for the reader who wants to go on a wild adventure this summer; nothing is more exciting than visiting Mars.

Next Therapist Please by Laurie Finkelstein

Grab drinks with the girls this summer and discuss this hilarious novel, Next Therapist Please, by Laurie Finkelstein. Based loosely on Laurie’s experience, this book is a humorous take on the struggles of mental illness.

Laughter is the best medicine, and this book will have you smiling as you relate to the frustration, struggles, and hardships. Main character Janie is blessed with anxiety, depression, and OCD. Follow as she breezes through therapists in her search to find the best solution. A great novel to enjoy while sipping a margarita and sunbathing.

The Prince by Nasishka Torres

This summer’s romance fantasy is unlike any you’ve read before. The Prince by Nanishka Torres tells the tale of a young Prince who is determined to be fair and just for his people. However, an extreme religious group captures the Prince’s Lover in an attempt to undermine the regime.

The Prince fights to find his lover and bring him home. In his search he must watch his temper, as he discovers his true powers. If you’re in the mood for an inventive romance novel, one that breaks the mold, The Prince is the perfect poolside read.

The Fifth Battalion by Michael Priv

While enjoying a warm night under the stars this summer, pick up a copy of The Fifth Battalion by Michael Priv. In this science fiction adventure, planet Earth isn’t what it seems.

Controlled and enslaved, our planet is really an immortal prison used for a galactic ruler to punish prisoners. Inhabitants believe their time on earth is limited and they are stripped of their immortal nature. A group of POWs have been trying to escape their prison sentence for years. Unaffected by the brain washing, they are fully aware of their immortality and are desperate to be free. The Fifth Battalion is a dynamic and intense, sometimes gory, often humorous, action-filled account of the final escape attempt from Earth. Enjoy the warm nights, fireflies, and a great book to get lost in.

Gates of Midnight: Warrior of the Gate by D. Lynn Smith

Indulge in a gripping graphic novel this summer with Gates of Midnight: Warrior of the Gate, which is written by D. Lynn Smith, the artist is Amelia Woo. Gates of Midnight is a supernatural thriller where monsters and ancient gods can pass between their world and ours.

Mankind has caused the gate between worlds to open by our acts of violence and evil. Some monsters wreak havoc on our world, others hide among us, waiting to strike. When Raven Moon discovers news of her father’s death, she starts her investigation and soon realizes the official police report is false. While looking into the murder Raven uncovers the monsters invading our world. She is on a mission in search of the creature that killed her father, even at the risk of her own life. Enjoy Gates of Midnight’s mesmerizing artwork and captivating story this summer.

Are you an eco-traveler? Then you need a copy of Ivory Ghosts in your backpack. The comic is adapted from the novel of the same name, by Dr. Caitlin O’Connell, who is a scientist who works with African elephants and against the ivory trade. This comic is perfect for those who are off on an environmentally-friendly adventure this summer, and it is the first in a series that explores the real issues of the illegal ivory trade.

This beautiful comic is a thriller brimming with majestic wildlife, village politics, and international intrigue. The comic tells the story of a chilling quadruple homicide which raises the stakes in the battle to save Africa’s elephants.

Ivory Ghosts was written by Caitlin O’Connell, and the artist is Deborah Carita. It is published by D. Lynn Smith and Kymera Press.

Your List of Writers’ Conferences and Book Events in 2023

Are you looking for a list of writers’ conferences and book events for 2023 and beyond? Your friends at Black Château created this list to help authors, readers and publishing professionals plan their year. Event planning is a process, so 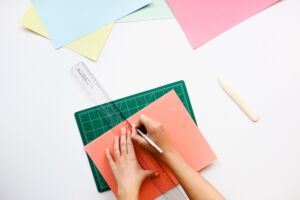 Black Château is listed as a the top branding agency by the prestigious firm Design Rush. An online marketplace which is dedicated to helping businesses find and evaluate firms to hire for their online marketing and promotional needs, Design Rush 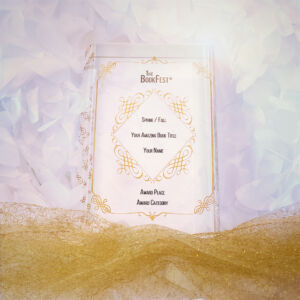 Book Awards to Watch in 2023 and Beyond

There are many fantastic options for authors, publishers, and publicists when it comes to entering a book to be considered for an award. As the creators of The BookFest and The BookFest Awards, we get a lot of questions about