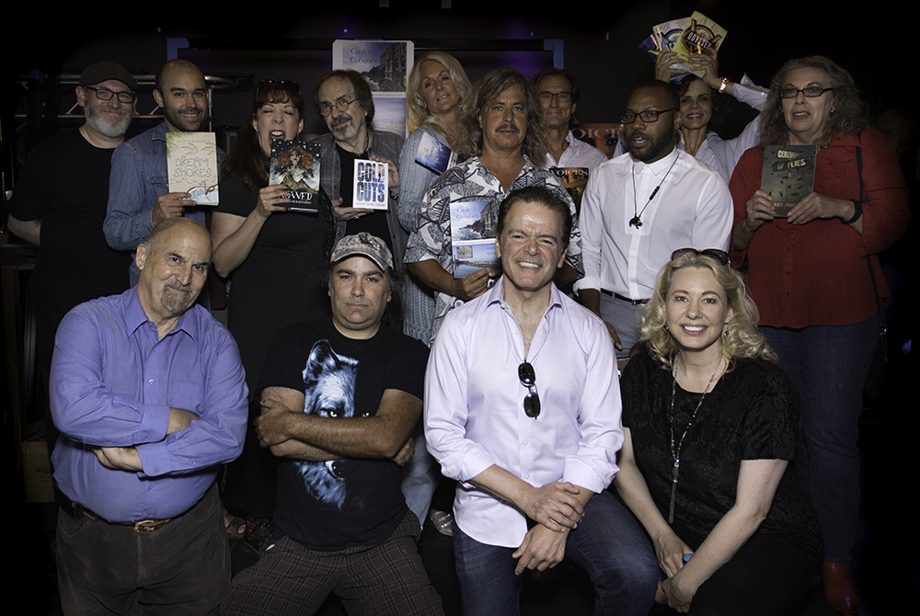 The Beach Bound Book Bash gave people the chance to stock up on their summer reading list. The event, held in Sherman Oaks, California, brought together a diverse array of authors. Each did a reading for the crowd. Authors also signed books and donated signed items to a raffle with the proceeds donated to the families of the Manchester tragedy.

She died three times and came back to tell the world about the Fragrance of Angels. Martha Brookhart Halda’s memoir about time on the other side—and how and why she reshaped and developed a new purpose in life after it became more fraught with challenge after visiting heaven.

What better book for your summer reading list than one set during San Francisco’s epochal Summer of Love? Voices is a new release by Robert Yehling. He also authored The Champion’s Way, When We Were The Boys, and Writes of Life, which won the Independent Publisher Book Award, and Just Add Water, nominated for the Dolly Gray Literature Award. He is the former editor of American Idol Magazine and he edits publications for the Billboard Music Awards and American Music Awards.

A true SoCal author, Sean Patrick Traver’s writing explores the hidden worlds that lurk behind the sleek facade LA presents to the casual observer. Books include: Graves End—A Magical Thriller; Ink: A Novella; Bloody Mary: A Novella. His next book which is a follow up to Graves End will be released very soon.

Jay Wertz is the author of six books including two award-winning volumes in the War Stories: World War II Firsthand series. He also is the author of The Civil War Experience and the coauthor of Smithsonian’s Great Battles and Battlefields of the Civil War. He wrote and directed the television series on which the latter book is based. His upcoming book is called The World Turns to War.

Deborah M. Pratt, the co-creator and executive producer of the Quantum Leap television series, delivers her opus with The Vision Quest series. Books one, two, and three; The Atlantian, The Academy, and The Odyssey, are available now in a special anniversary edition. The fourth and fifth books are coming soon. She is a force in Hollywood and is currently part of the Fox Filmmakers Lab, a mentoring program designed by Fox and the American Film Institute to increase the number of female directors working in the industry to helm big budget film franchises.

John Palisano’s short fiction has appeared in many places. Like: Dark Discoveries, Horror Library, Darkness On The Edge, Lovecraft eZine, Phobophobia, and many other publications. NERVES was his first novel. His latest book is All That Withers features Happy Joe’s Rest Stop, the 2016 Bram Stoker Award-winner for Superior Achievement in Short Fiction.

The Andromeda Project is the first book in The Cluster Chronicles series by Jason Primrose. The book features stunning art, a gripping story, and characters you’ll love and hate. It is amazing to know the series was born out of the mind of a seven year-old boy. This debut novel is capturing imaginations everywhere.

She is a dark fantasy and horror author, and the chief editor at Omnium Gatherum. Twice, Kate Jonez has been nominated for the Bram Stoker Award and once for the Shirley Jackson. Her short fiction has appeared, or is forthcoming in, The Best Horror of the Year Vol. 8, Black Static, Pseudopod and many anthologies.

He is a master of speculative fiction and just a few of his books include Skunk Ape Semester, The Green Eyed Monster, Dream Shores, The Atheist: A Novel, The Prince of Earth, and the Twilight Falls Series. Mike Robinson’s work has appeared in a dozen magazines, anthologies and podcasts. In 2006, he was one of five guys comprising GLAWS, the Greater L.A. Writers Society, which has since become the second largest writers’ group in Southern California.

What would happen if killer seaweed invaded the California Coast? Eric Noel Muñoz, author of Caulerpa Conquest, knows. Caulerpa Conquest: A Biological Eradication on the California Coast is the true story of the 2000 to 2006 precedent-setting local eradication effort inspired by missed opportunities and lessons learned from the Mediterranean Sea. Eric Noel Muñoz connects the dots from local lagoon waters to foreign coastlines to prevent the killer algae invasion.

She is the author of Oubliette—A Forgotten Little Place, which is the Runner-Up in the General Fiction category for the Amsterdam Book Awards, and received an Honorable Mention for the Paris Book Awards—both being held in Paris June 2017. Oubliette was also the Grand Prize winner of the Halloween Book Fest and the winner of the Best Fiction for the Southern California Book Awards in 2016.

The evening was MC’ed by Phil Giangrande, host of Seated at the Writer’s Table. The show features conversations with the industry’s most talented and creative writers and storytellers. It is available as a podcast and downloadable from iTunes.

The Annual Literary Tea Poised to Delight Booklovers and Help Them Discover Their Next Favorite Read    FOR IMMEDIATE RELEASE: Los Angeles, California – The Beach-Bound Book Bash, the annual literary tea and author reading event, returns for its sixth edition as a celebration 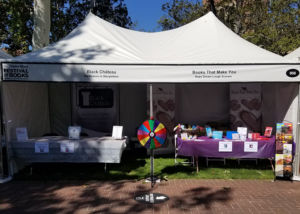 Black Château and Books That Make You Present an Array of Authors and Books at the Los Angeles Times Festival of Books Booklovers are invited to visit booth #959 to meet their new favorite author, browse books, and possibly win